We have built a custom Acoustic Bass with a completely new appearance. Based on the shape of our steel string guitar IQ, a bass with a very special charm has been created.

More and more often, as with this bass, we avoid rosewood due to the complicated CITES regulations. In the present model, back and sides are made of European Walnut and the top is made of Sitka Spruce. All dark parts, such as tailpiece, bevel, etc., are made of ebony.

Like all our IQ guitars and basses, this bass has fanned frets with a scale of 864 to 915 mm. The IQ concept also includes a side soundhole and armrest.

Really unusual are the F-holes, the tailpiece, semi fretless fingerboard and the arched top. The latter, however, differs significantly from conventional archtops. While these are usually carved, the top of this bass is finely sanded and arched transversely. In this way we achieve, in contrast to ordinary archtops, a much thinner top that responds proportionately to vibrations.

In addition to the arching, a completely new bracing system had to be developed. Due to the F-holes, we could do without the cut-out for the sound hole, which is resonance-technically unfavorable. This way we also achieve great sound on the (compared to the "normal" IQ-bass) smaller surface.

The Archtop bass has an incredibly quick response and sounds very crisp and present. Due to the large proportion of low mids the sound reminds strongly of an electric bass. Its growling sound projects a lot of volume, so it may stand its ground alongside an acoustic guitar. A similar model with 4-string is nearing completion. Details on request 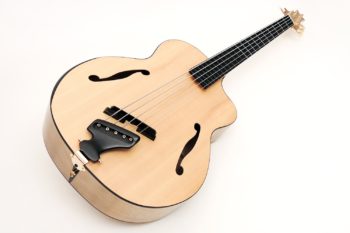 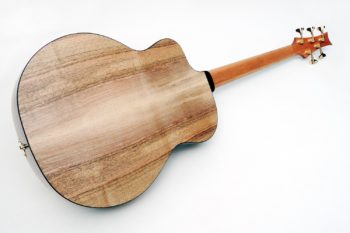 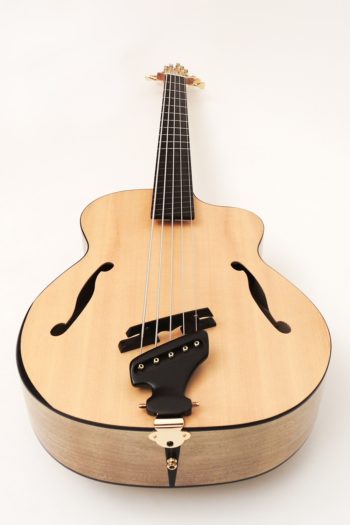 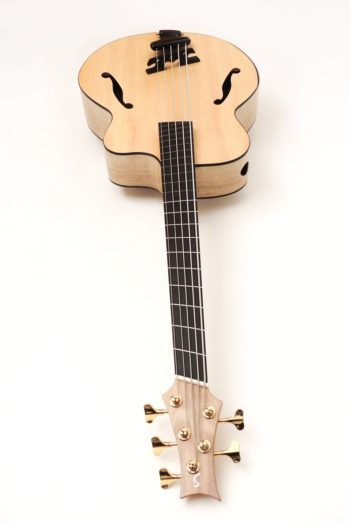 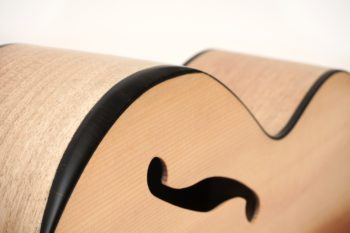 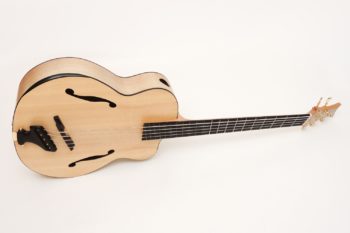 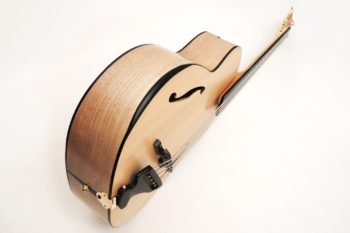 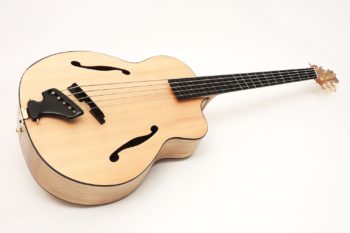 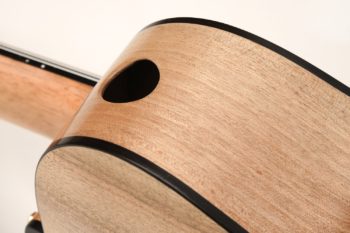 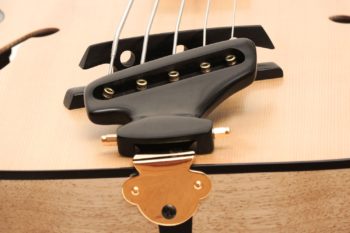 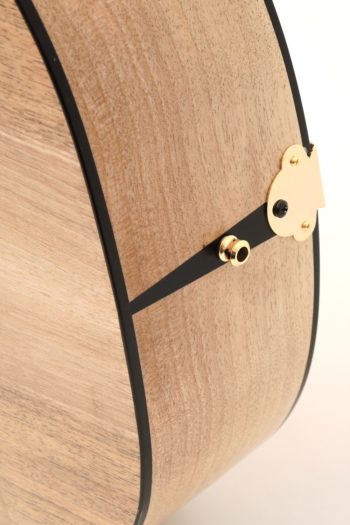 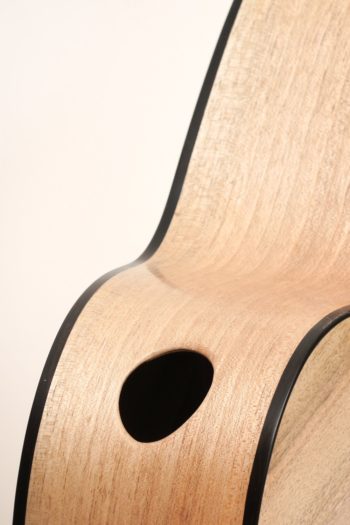 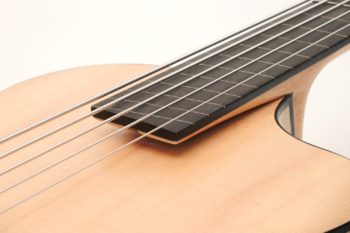 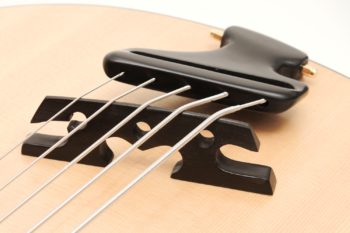 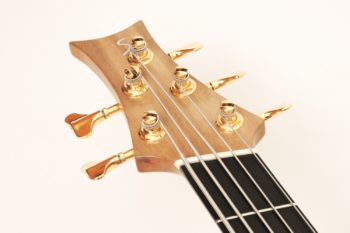 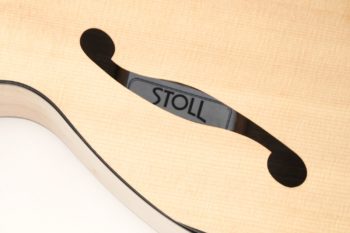 ... thank you so much for the excellent work on the custom job. Since I picked up the guitar last week, I have been able to work intensively on it. The playability is excellent ... Intonation is also decent, a special piece ... I very much hope that more musicians will be enthusiastic about this instrument.

Every single day I am absolutely happy about my two Evidence guitars ! Thank you for such beautiful instruments !

I am thrilled.
The bass sounds great and plays by itself. I really like playing with the fan frets and it is much easier than on the model with the straight frets that I played at your shop. The bevel on the chest side makes playing very comfortable.

thank you for your wonderful work, the playability of the IQ is very good.

I've been playing a Taylor AB4 acoustic bass for 21 years and your 6 string is so much better sounding, looking, and better built. I'm really impressed. Thanks for building such a beautiful bass. I'm looking forward to growing old with it.

It has now been two weeks since I visited you, and I've had plenty of time to explore the guitar.
Playing it is wonderful. The sound is just the way I like it, bright and clear.
In addition, it has a beautiful, noble look with a rosette that changes depending on the light, the sight alone is a pleasure.
Once again, many thanks.

I just played my "new" old guitar and I am sooooo glad that I kept it:-))))))
You are a magician! And the hard strings suit her very well. I wonder how you managed to cope with that distorted neck?

Once again on the 25th Anniversary Lowden:
It is alive again now and a pleasure at last, after such a long time. After three guitar builders you have finally managed it. So I am glad to have made it to your place.

Thanks again for assembling and painting the Strat. This kit is easy to play and does not even have a bad sound over the system.

Great job. You have repaired the broken part of the head plate perfectly and the brass plate on the back of the body is neatly recessed. The reworked frets make the instrument sound unusually brilliant for me, and the fact that it now intonates perfectly gives me additional pleasure. The Elixir strings you have mounted are something new for me, they play great and sound pleasantly balanced. If they last as long as promised, I would have a serious alternative to "Ernie Ball".

Many thanks for the fair price and of course for your great work ...

Mandolin well received today!
Thanks for the good work! - I have to say that the sound is great, I will play the strings for a while and then test them again with phosphor bronze...in any case the strings are very easy and pleasant to play!

The guitar now plays much easier. Your work has brought a clear improvement.

Thanks again and best regards

The FGN has been excellently fretted! I am very satisfied! Many thanks and best regards to the man with the golden hands who did such a great job!

You have succeeded in restoring my enjoyment of the instrument, and every time I play it I think of you. Now the instrument sounds like a silver bell again.

Thank you very much for your masterpiece , Mr. Stoll!!!