8-string edition of our acoustic guitar IQ with five steel strings and three bass strings. Excellent for advanced fingerpicking. Guitar nerds, who do not get enough of the bass range of a conventional steel string guitar, get their money's worth here. 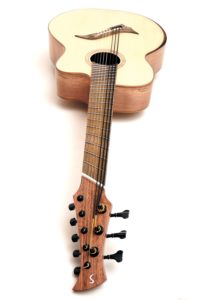 One of our oldest customers, we built an eight-string electric guitar for in the 1990s, wanted to transfer this concept to an acoustic guitar. It was important that the neck should be wider than with the electric guitar, but relatively narrow for an acoustic guitar. with eight strings, you have to act carefully, so that the neck width can still be handled and fingers can be placed cleanly as well.

Our client wanted the most comfortable feel possible with an 8-string. Consequently, we built it like the electric 20 years ago with fanned frets and also with an armrest. In addition, the guitar should be made of local woods.

The fretboard had to be much more fanned for this guitar than with the standard 6-string model. While with the standard IQ the fan spreads over 4 cm, the fanning of the model presented here measures 10 cm. The reason for this extreme fanning are the three bass strings. To create a decent sound, a corresponding length of these three strings is needed. This in turn results in an extremely tilted bridge.

The bridge position again leads to a sound absorbing impact on the top. At the same time, the string tension increases due to the number and thickness of the strings. Here we were faced with a very tricky task. On one hand we had to provide enough stability to the top to withstand the increased string tension, on the other hand the construction had to be light enough to compensate the attenuation caused by the bridge.

For back and sides of this acoustic guitar we used European Walnut as well as for neck, headstock, tail purfling and rosette. The latter was also provided with a maple purfling. Fingerboard, bridge and bindings were made of Black Locust. The top is made of Spruce. 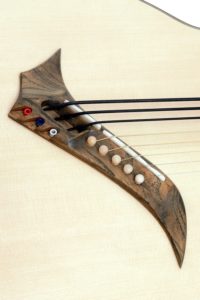 The guitar has two separate pickups. We used Mi-Si Acoustic Trio  with L. R. Baggs Pickup for both. The Mi-Si Acoustic Trio provides a stable, active signal and produces a natural sound. The preamp works battery-free. This was also important, because the batteries might have unbalanced the overall construction.

Designed to be played amplified, this exceptional steel string guitar even develops a considerable acoustic volume. The sound is balanced and consistent over the entire fingerboard. The guitar reacts to the player at lightning speed and rewards his efforts with soft, present highs. The bass strings accompany the steel strings with a rather dry tone and add volume without being predominant. 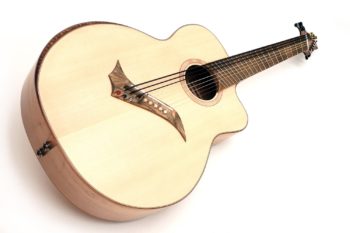 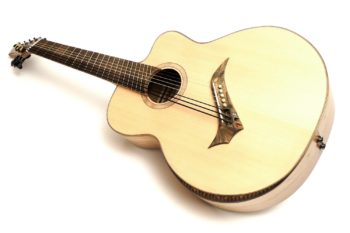 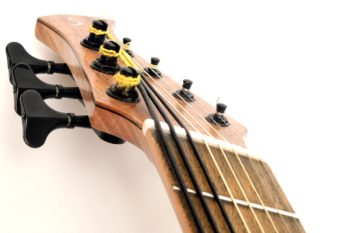 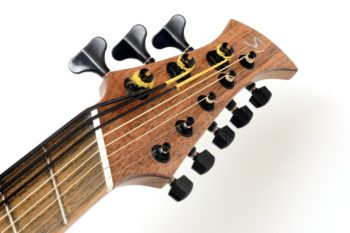 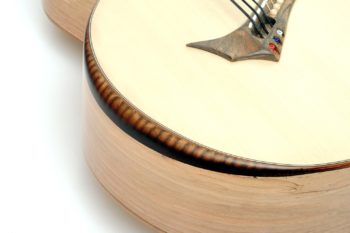 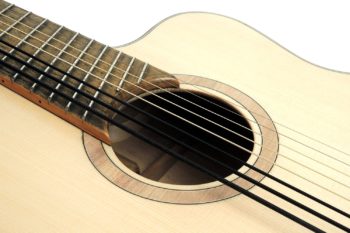 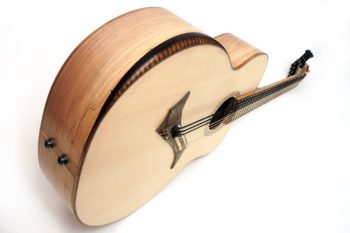 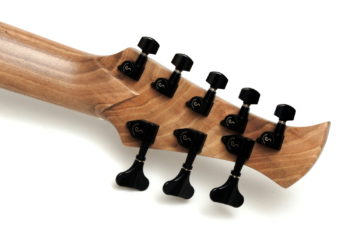 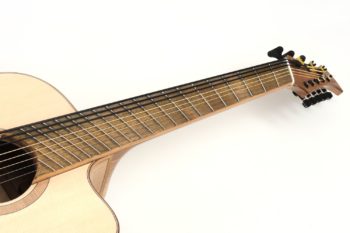 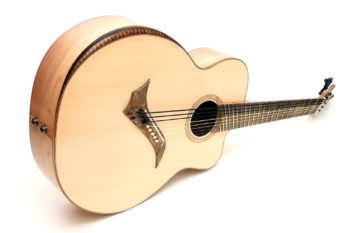 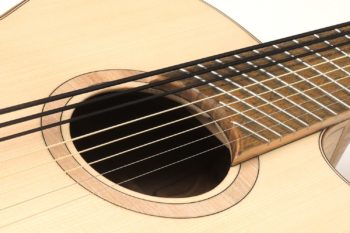 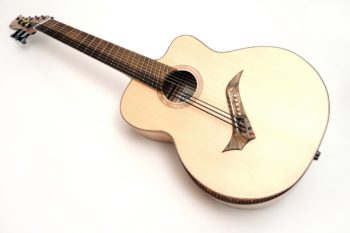 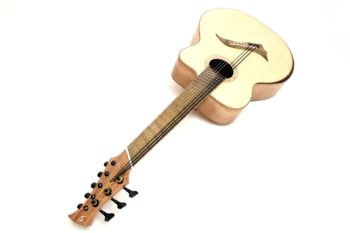 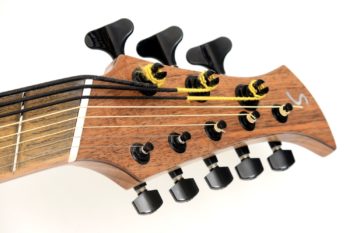 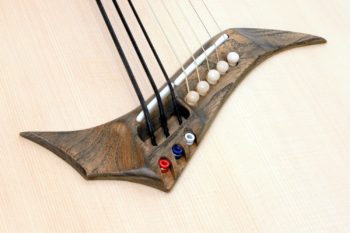 Hello, the bass has finally arrived 😊 great work thank you very much, I am very satisfied... Thanks again and keep up the good work...

... thank you so much for the excellent work on the custom job. Since I picked up the guitar last week, I have been able to work intensively on it. The playability is excellent ... Intonation is also decent, a special piece ... I very much hope that more musicians will be enthusiastic about this instrument.
All Testimonials
We use cookies to ensure that we give you the best experience on our website. You may consider to agree or disagree by clicking the respective button:OKNOPrivacy Policy
You can revoke your consent any time using the Revoke consent button.Revoke cookies